The UK government will do everything possible to prevent job losses in the wake of COVID-19, The Chancellor has revealed.

Addressing the House of Commons in his summer statement today (July 8), Rishi Sunak said “no one would be left without hope” as the country comes to grips with the new normal following the impact of the coronavirus.

The British economy was struck a devasting blow when the pandemic forced the nation into lockdown with 8.4 million workers having 80% of their salaries paid for by the government under the furlough scheme.

And as the Organisaton for Economic Co-Operation and Development announced that the UK is likely to be the hardest hit by COVID-19 among major economies, all eyes were on the Chancellor to announce an action plan to regain economic control.

Employment took centre stage in the mini statement and while Mr Sunak hailed the economic support offered to Brits as ‘extraordinary’ and amongst the largest in the world, he also acknowledged the UK faced ‘profound’ challenges and ‘significant’ job losses.

Speaking to the House, he said: “Where problems emerge, we will confront them. Where support is justified, we will provide it. Where challenges arise, we will overcome them.”

The Chancellor also pledged to and get pubs and restaurants “bustling again” as he unveiled a package to kickstart the economy’s recovery.

But just what exactly does the summer economic statement mean for you and the pound in your pocket?

Protecting workers and supporting the jobs market was at the heart of the summer budget.

Mr Sunak unveiled that £30bn has been set aside for boosting the jobs market through a range of different schemes to support staff and employers.

A staggering £111 million will be ploughed into trainee schemes in a bid to triple the number of traineeships. Capped at 10 jobs per firm, businesses will be offered £1,000 per trainee.

He also announced a new Kickstart Scheme – a £2bn fund that will create government-subsidised jobs for unemployed young people. Employers will also be able to offer six-month placements for those aged between 16-24. The National Minimum Wage for those employees will be covered by the Treasury for up to 25 hours and companies will be able to top up the worker’s pay.

What’s more, in an important furlough update, it was also revealed that businesses will be able to make the most of a £1,000 job retention bonus for every furloughed worker that is brought back to employment until the end of January 2021.

There was support for the green sector too as The Chancellor pledged support to firms making a green investment with a £3bn package expected to create thousands of jobs.

A further £40bn will be provided for a Green Jobs Challenge Fund. This will create 5,000 jobs across the green sector, including at environmental charities and public authorities.

Getting the housing market on the move

Brits ready to make a move in England and Northern Ireland can make the most of a stamp duty holiday.

As of today, homebuyers are temporarily exempt from paying tax on the first £500,000 of any property price. The Chancellor said this is a saving of £4,500 for those buying a home while current homeowners moving elsewhere could see a saving of up to £14,999.

The increase, from the original £125,000 threshold, is effective immediately and will run until the end of March 2021.

Homeowners in England will be issued with vouchers worth up to £5,000 to make their homes more energy-efficient.

The Green Homes Grant will offer homeowners and landlords the chance to apply for support to cover at least two-thirds of the cost of improvements that save energy.

While the funds won’t cover the cost of a fresh coat of paint, it will help people improve the energy efficiency of their properties and slash bills later in the year. From double glazing to insulation, the grant will be issued when the work is approved.

Hospitality support: dine out for less

Those who have missed the hustle and bustle of the UK’s vibrant restaurant scene are set to dine out for less in the coming weeks.

Mr Sunak announced that the government is set to launch a special discount scheme in August in a bid to encourage people to support the hospitality industry.

Heralded the ‘Eat out to help out’ scheme, it will give people across the UK a 50% discount on meals at many restaurants, cafes, and pubs.

Diners will be able to tuck into the tasty saving – capped at £10 per person, per meal – which will be taken off at the end of sit-down meals and non-alcoholic drinks. Takeaways won’t be included.

The discount will be available from Monday to Wednesday throughout August in participating venues.

There’s no limit to the number of times the discount can be used and it will be automatically applied when you pay. It’s also important to note that people will be able to use the discount in conjunction with other vouchers.

Mr Sunak also announced that he would cut VAT from 20% to 5% for the hospitality and tourism sectors from July 15 until January 12, 2021.

The temporary cut should see prices fall when eating out or going out, which should help those whose income has been affected by the virus.

If you’re worried about your finances during the COVID-19 pandemic and are searching for support for your debts, talk to Creditfix. Our experienced advisors are on hand to offer advice and guidance in dealing with your debts. Call 0808 253 3442 for free, confidential advice. 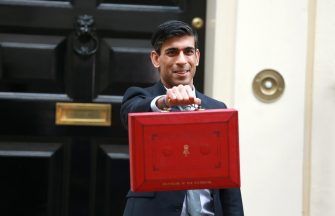 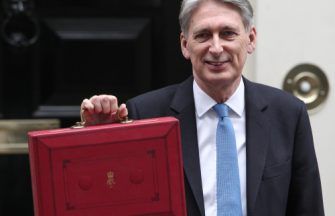 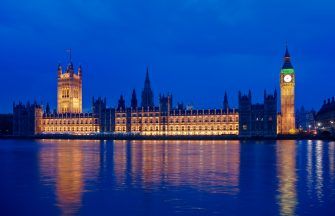 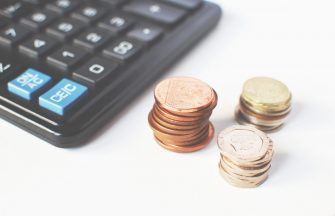