Cafes, pubs, and eateries across England are offering free meals to children in order to support a high-profile campaign started this summer by Manchester United footballer Marcus Rashford.

In this article we’ll explore the background to the school meals campaign; what the issue is, why venues are offering free meals to children, and where you can find them.

What is the issue over free school meals?

The pandemic has affected every walk of life across the UK, especially at its peak over the spring and early summer. The education system wasn’t exempt, with schools being closed up and down the country for the first time in modern British history.

That created a huge problem for the thousands of families in England who rely on free school meals to feed their children. England footballer Marcus Rashford – who used on free school meals himself while growing up in Manchester – launched a campaign for the government to continue providing meals to vulnerable children over the six-week school summer holiday.

While the Government initially rejected the call, the popularity of Rashford’s campaign forced them into a U-turn. Rashford was given an MBE for his efforts and, most importantly, some of the most vulnerable children in our society were guaranteed sustenance in the middle of a global pandemic.

On the back of Rashford’s summer campaign, and with the pandemic set to continue over the winter, Labour MPs recently tabled a bill that would have seen free school meals extended over the school holidays until Easter 2021. This time, however, the Government instructed its MPs to reject it.

Why did the Government vote against free school meals for children?

The Government’s position is that it only extended free school meals over the summer holidays because the schools had been closed in the months before, meaning struggling families had been covering the cost of feeding hungry children during what would normally be term-time.

Now the schools are open again, the Government sees no reason to extend free meals beyond term-time. They say they have put in place a number of initiatives to support children in food poverty in England, including:

Extending the eligibility for free school meals to a further 50,000 children.
Expanding programmes like Breakfast Clubs to ensure a good start to the day
Spending £9 million for the last three years on the “Holiday Activities and Food Programme”, supporting 50,000 of the most deprived children during the summer.
Creating a £63m fund for council’s to use to assist with local welfare.

The argument against the Government position is that these are not normal times, and families who rely on free school meals in normal circumstances – already some of the most vulnerable in our society – are suffering even more since the pandemic hit.

Are free school meals available in the rest of the UK?

Despite the Government’s position, popular opinion in the country has turned against them on the free school meals issue, and the devolved Governments across the UK are taking action where the UK Government won’t.

The Welsh government has also promised to continue free school meals to children over every school holiday until Easter next year, and has spent £11m in Government funding in order to ensure school-aged children don’t go hungry.

Northern Ireland is also continuing its free school meals voucher system, however there are so far no plans to extend beyond the half-term break.

What has the response to the lack of free school meals been?

The backlash to the Government’s refusal to offer free school meals to children over the winter has resulted in a huge outpouring of community spirit and local action.

A growing number of local councils have stepped in to offer their support, including Labour-run authorities like Birmingham City Council, and Conservative-led councils like Kensington and Chelsea.

These local authorities are in charge of their own budgets and so can assign resources to providing free school meals to children beyond term-time without needing the national Government’s consent.

Even more impressively, thousands of hospitality venues have offered to provide free meals to school children over the winter break, even as they battle against the pandemic, local lockdowns, and dwindling revenue.

Cafes, pubs, restaurants, and chip shops all across the country are pitching in. Some are offering free lunch bags to children who would normally get a free school meal, while others are offering a daily free meal to any child of school age – between 4 and 16 – who needs it.

While the Government does not currently intend to extend free school meals beyond term-time, they took a similar position during Marcus Rashford’s summer campaign, only to complete a U-turn as the pressure grew.

In a bid to turn up the heat on the Government this time around, Rashford has started a new petition to end child food poverty and provide free meals to children over the holidays. The Government has a duty to debate in Parliament any petition that reaches 10,000 signatures – nearly a million people have signed Rashford’s petition already.

The hope is that the petition, and the overall pressure on the Government, will force them into taking action to extend school meals to Easter 2021, or at least beyond the October half-term.

Where to find outlets offering free school meals in England

If you’re on certain benefits, or otherwise meet the criteria for free school meals, there are hundreds of cafes, pubs, and restaurants in England offering free meals to children who need them.

Below are some of the best resources available for finding these venues:

Many local councils have gone against the national Government by promising to provide free school meals to children following the recent campaign. inews has a list of the 51 local councils who have pledged their support here.

Marcus Rashford, the footballer who brought the free school meals campaign to national attention, responded in the most positive way to the disappointment of the Government rejecting the call to extend meals beyond term-time.

He has recently turned his Twitter feed into a public information service, highlighting the cities and regions across England where food outlets are offering free school meals, and letting people know where to find them. You can find out which local venues are offering free meals to your children here.

A supporter of the free school meals campaign has kindly begun plotting the participating restaurants all across England on a Google Map.

If you’re looking to find a place where your child will be able to get a free meal over the holidays, you can search your region, click on the blue pins, and find the names of the pubs, restaurants, and cafes who will support you.

You can find the #AllKidsMatter map here. 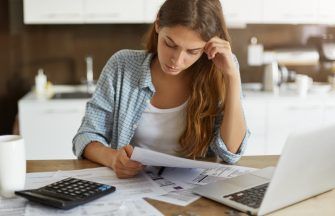 Coronavirus: Eviction ban in England will be extended for six weeks 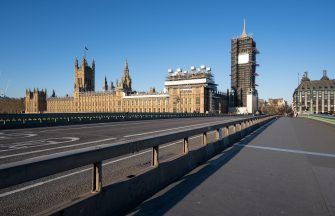 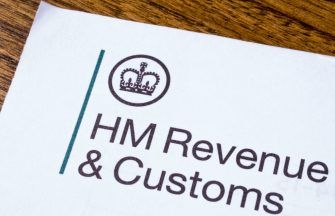 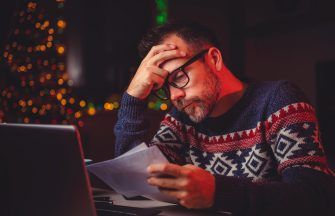